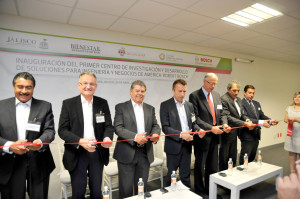 Robert Bosch, in a move to strengthen its North American operations, has opened a new software development and engineering services center in Guadalajara, Mexico.

The German automotive supplier group said the center will initially employ more than 200 engineers, who will focus on software programming and application services.

The move to Mexico underlines Bosch's faith in the business prospects for the North American market and Mexico in particular. "Our investment in Guadalajara underscores our confidence in the region and Mexico’s strategic importance as a manufacturing and development location,” Â Werner Struth, the Bosch board member in charge of the Americas, said at the opening ceremony of the new facility last week.

"With this step, we want to expand our local software development and engineering services in the Americas, bringing us closer to our customers,” Struth added.

The services provided by the development center will focus heavily on the North American auto industry. In particular, Bosch said, the Guadalajara engineers will work on the development and validation of hardware and software for automotive electronic control units (ECUs).

Bosch, which is initially investing 5 million dlrs in the 1,800 square-meter IT center, said it opted for Guadalajara over other Mexican cities because of its infrastructure and qualified workforce. Mexico is also seen as a strong component production base because automakers already operate plants there or are planning to start production soon.

And because of the country's membership in the North American Free Trade Agreement (NAFTA), cars and components built in Mexico can easily be exported to the US and Canada. Said Struth:Â "Conditions in Mexico are ideal."

With 30.7 billion euros in automotive-technology sales in 2013, Bosch is one of the world's top-three global automotive suppliers. Sales in the automotive area were up 7 pc from a year earlier. The Bosch Group, which also has sizable industrial technology, consumer goods and energy and building technology operations, had overall 2013 sales of 46.4 billion euros.