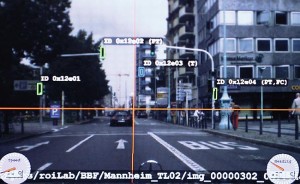 The market for networked mobility products and services is set to almost quadruple between 2015 and 2020, but data securityÂ issues will become a big problem once more cars are connected, according to a new study.

The study projects that the market for networked mobility will grow to 115.2 billion euros by 2020 from 31.87 billion euros in 2015. Security and autonomous driving will generate "enormous" growth. Security products and services are set to increase to 47.3 billion euros from 12.18 billion euros and autonomous-driving related offerings will grow to 35.66 billion euros from 7.49 billion euros.
The Connected Car study was carried out by PwC's Strategy& division in cooperation with Germany's Center of Automotive Management. The researchers analyzed the product portfolios of the leading global automakers and suppliers, investigated the state of their connected-car efforts and calculated potential revenue to come from various functions likely to be in such future cars.
"The trend only knows one direction: Stronger networking," said Richard Viereckl, who heads the automotive division of Strategy&. The car of the future will be in constant touch with its environment, with other cars and with the home, he said in a press release. "This development will open unimagineable growth potential for the carmakers," Vierckl said, adding that security applications and autonomous driving will offer "giant potential."
A big challenge will be how to deal with data security, the study says. The consultants warn that hackers can capture and potentially manipulate data that flow between connected cars and backend servers. In addition, mobile phones or tablets connected to cars are potentially easy targets for cyber attacks. And thirdly, connected-car systems can be infected, turning the car into a mobile tool - or botnet - for hackers.
That opens up the possibility that outsiders can manipulate a car's brakes, open doors or capture people's driving patterns. Said PwC partner Felix Kuhnert: "Against this backdrop, data security is a central taskÂ in connected-car related research and development."