Gentex to provide camera with driver-assist for Ford Explorer 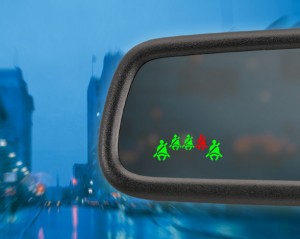 Gentex said it will supply a new auto-dimming mirror with a camera-based driver assistance system for the 2013 Ford Explorer.

The Michigan-based supplier said the system will use a multi-function camera combined with algorithmic decision-making to provide high-beam control, lane keeping and driver alert functions. Gentex developed the system together with Mobileye, a maker of vision-based driver-assistance systems.

The high-beam control turns off high beams automatically when they risk blinding other cars. Lane keeping technology can automatically turn the steering wheel to keep a car from leaving its lane. And driver alert systems can notify a driver of signs of inattentiveness. Some of the components for the Ford system are integrated into a Gentex interior auto-dimming mirror.

Gentex senior vice president Mark Newton said in a statement that the Ford system includes its first multi-function camera system with these new features. "Gentex has spent more than two years developing an in-mirror system that integrates this Mobileye technology," he added.

Newton said the auto-dimming mirror is "the perfect place to integrate any feature that requires a camera to look forward of the vehicle to gather information."