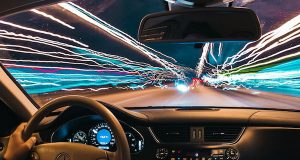 StradVision, founded in 2014, has a software solution said to recognize detail including text on road signs; this is claimed to accurately determine both objects at a distance and overlapped objects, and to distinguish different types of ‘object’, such as vehicles and bicycles – or pedestrians. It is also claimed to be able to read, anticipate and predict the movement patterns of both vehicles and pedestrians, thanks to its ‘learning’ optimized algorithm, and to understand environmental factors such as weather conditions, light levels (daytime or night-time) and other important contextual information.

The company also has 14 patents, 10 also US-registered, including for a method of rapidly reading text embedded in an image; for fast parallel data processing; and for a technology for detection accuracy enhancement. This investment will supplement Hyundai Mobis’ development of radar and LiDAR-based systems for autonomous driving.