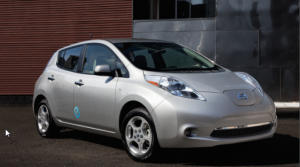 Nissan will reprogram the software in its US Leaf to fix a problem that occurs in some of the electric vehicles, Japan's Nikkei news service reported.

The Japanese automaker said it will start contacting customers shortly.

According to the news report, all 8,000 or so of the Leafs built in Japan and the U.S. will be covered by the repair service. But the company said only a "very small proportion" of the vehicles are affected by the glitch.

The problem surfaced when some Leaf drivers reported that they couldn't start their cars.

The Leaf, one of the first fully electric vehicles to be sold in world markets, reached showrooms in December.