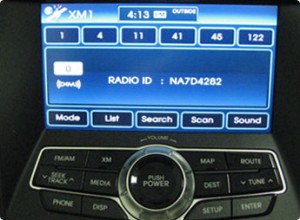 SiriusXM, moving beyond satellite radio, will provide a range of telematics services to Nissan vehicles in North America.

SiriusXM said it will provide services that include emergency accident support, stolen vehicle tracking and roadside assistance in addition to its regular menu of satellite-delivered radio.

"Offering telematics services is a logical net step for SiriusXM," the company's CEO, Mel Karmazin, said in a press release. The new agreement strengthens the company's relationship with Nissan, he added.

The Japanese carmaker said that, with the expanded SiriusXM offering, it wants to provide innovation that goes beyond the traditional areas of driving performance, fuel efficiency and safety.

Trisha Jung, director, Nissan Connected Services, said in the press release that the combination of audio entertainment and data services meets the growing expectations of "the connected driver."

Automakers can use either cellular networks or satellite-based communication to bring data to the car. While cellular is the preferred option in Europe - where satellite radio is still in its infancy - automakers have the option of using satellite in the US.