Tavares is new COO at Renault 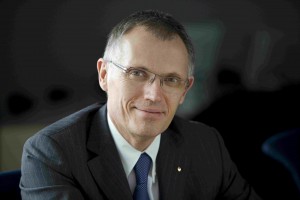 Tavares is a close associate of Renault and Nissan CEO Carlos Ghosn. Ghosn said in a press release that Tavares' appoointment is "a first step in strengthening Renault's management."

He praised Tavares' knowledge of all aspects of the car business and added: "His talent and experience will be key strengths for Renault and for all its employees as we go into the first year of our Renault 2016 - Drive the Change program."

A big focus for the new COO will be on this five-year plan, which aims to push Renault more strongly into electric vehicles while expanding its reach in international markets.