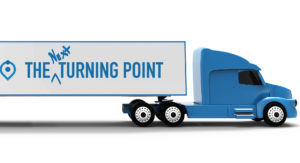 Toyota Motor is studying whether fuel-cell technology can be used in heavy-duty trucks.

The Japanese carmaker said it is exploring a semi-trailer truck application for a feasibility study in California.

Toyota said more details on the study would be announced in coming months. The company's Mirai fuel-cell car, which was launched in Japan in late 2014, is one of the first commercially available passenger cars that uses hydrogen for fuel.

Separately, Toyota Motor said it had established a joint venture with three partner companies that will focus on the development of electric vehicles.

The "virtual" company, which will be launched in December, will have only four team members, one each from Toyota Motor, its sister company machine maker Toyota Industries Corp, and suppliers Aisin Seiki and Denso. All four are whole or partly owned by the Toyota Group.

The new ventureÂ is designed to implement unconventional ways of working, which Toyota hopes will speed up processes and help get products to market faster.

Said Toyota CEO Akio Toyoda: "It is my hope that it will serve as a pulling force for innovation in the work practices of Toyota and the Toyota Group."