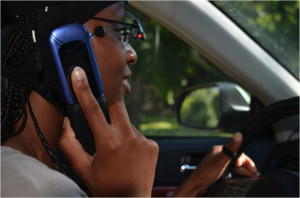 New research shows that hands-free technologies do little to keep drivers' attention focused on the act of driving.

The US motoring and leisure travel organization conducted what it says was the most comprehensive study of its kind of driver distraction. Amid expectations of a five-fold increase in in-car infotainment systems by 2018, it called for actions to limit new distractions in the car.

"There is a looming public safety crisis ahead with the future proliferation of these in-vehicle technologies," warned AAA President Robert Darbelnet. "It's time to consider limiting new and potentially dangerous mental distractions built into cars."

In the study, the AAAÂ recruited researchers from the University of Utah to measure brainwaves, eye movement and other metrics to assess what happens to drivers' workload when they attempt to do multiple things at once. The researchers used in-car cameras that tracked eye and head movement and they deployed a special "detection-response-task device" to record reaction times. A specially made skull cap measured brain activity.

The results of the tests "reinforce previous research that hands-free is not risk-free," said AAA Foundation President Peter Kissinger. "Increased mental workload and cognitive distractions can lead to a type of tunnel vision or inattention blindness where motorists don't see potential hazards right in front of them."

The AAA called on the auto and electronics industries to limit voice-activated technology to core driving functions such as climate control, windshield wipers and cruise control. It also said functions such as e-mail and text messaging should be disabled.